Most things are still the same at the KT Ranch in Portal AZ.  We spent less time at the ranch last year than in most past years due to work and travel conflicts, though we did make trips out in January, May, August and late December.

The most unusual event was a car camping trip in May!  Terry has trouble sleeping on the ground, of course, because of advanced age, but he enjoyed it too (perhaps because of the wonderful mountain birds at the campsite; it certainly wasn’t because of the side-trip to Safford AZ).  We hope that will become a much more frequent activity. 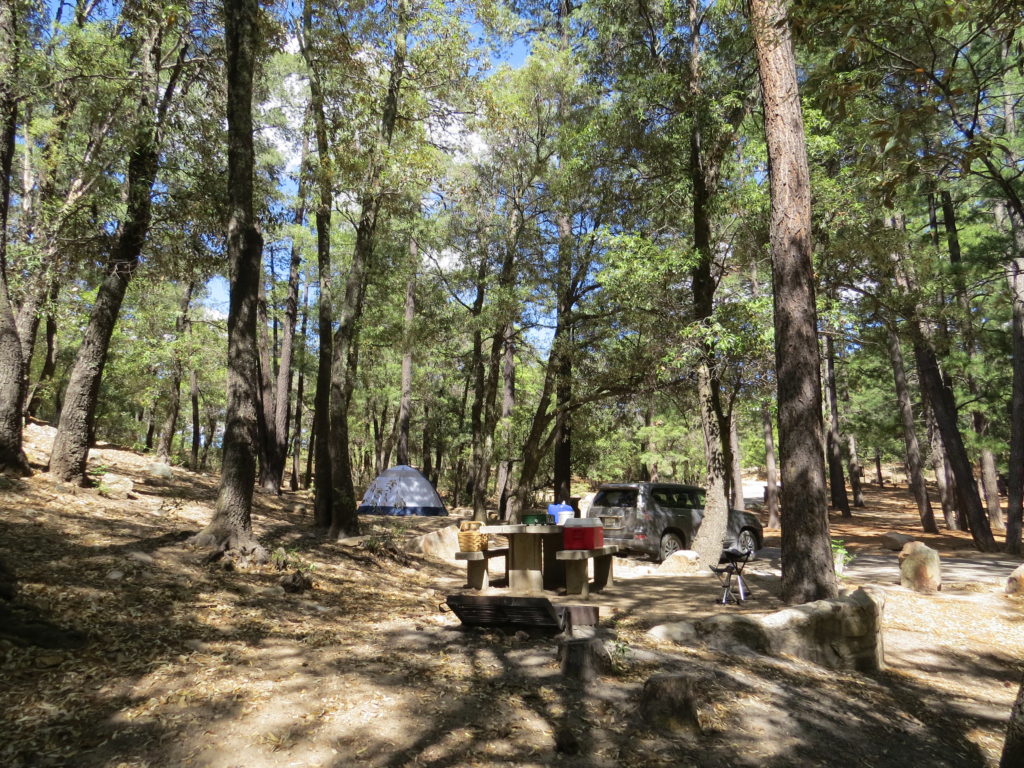 Our campsite at Arcadia Campground in the Coronado National Forest. 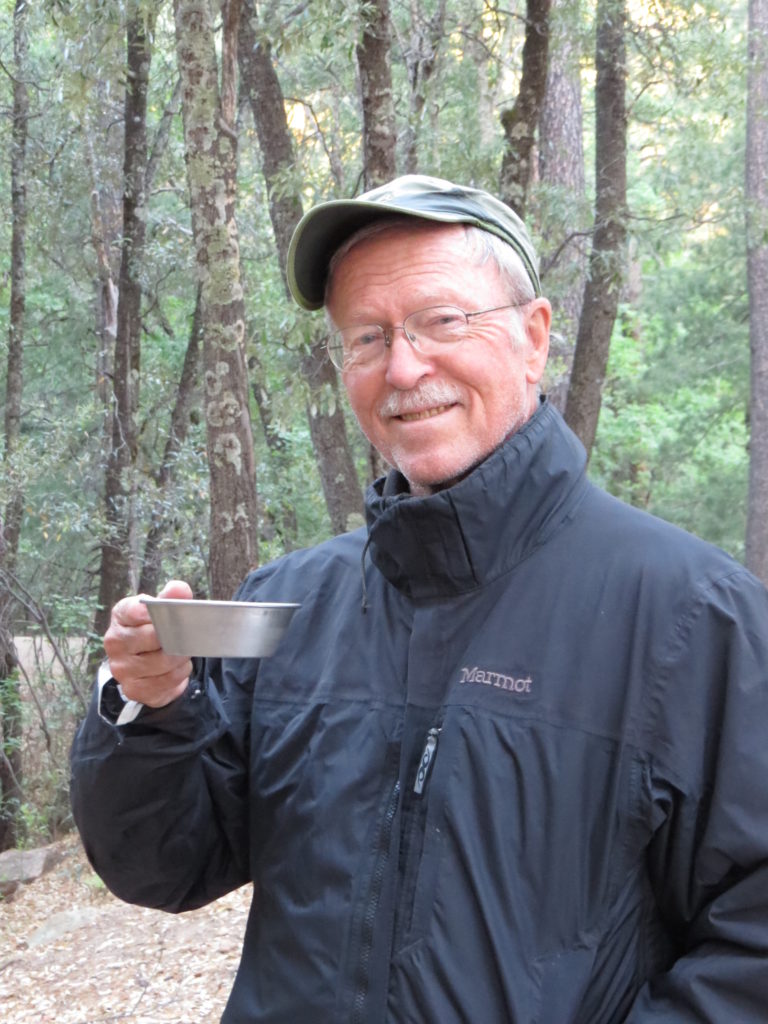 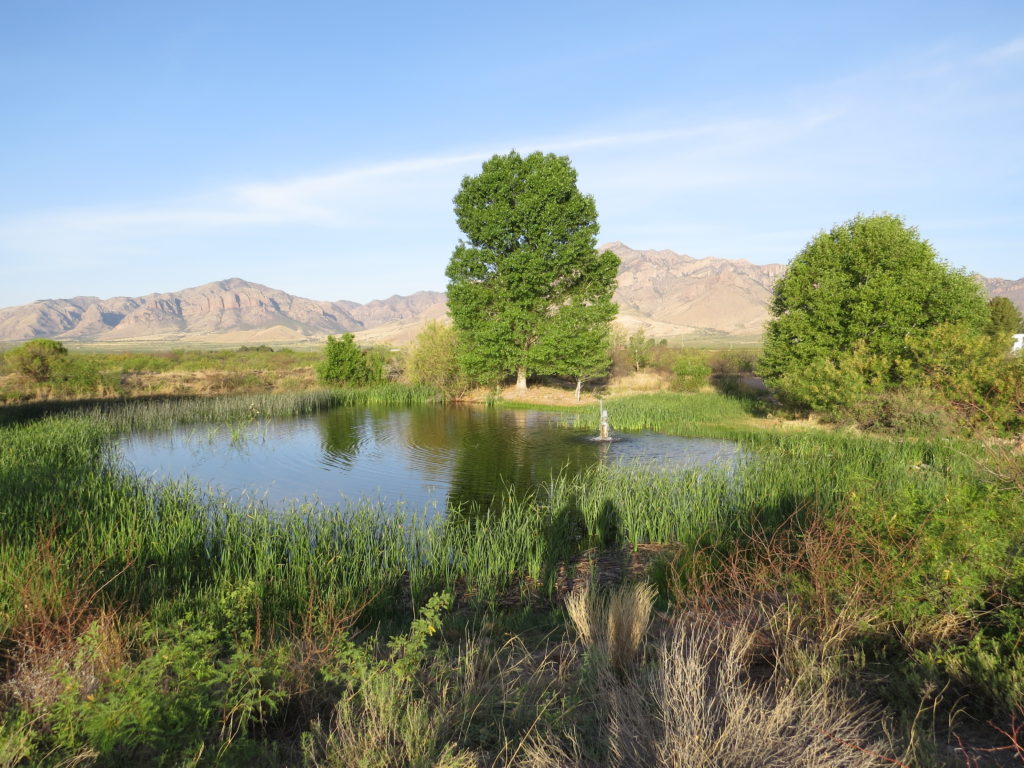 The biggest success for the year was that the University of Arizona biologists have succeeded in getting rid of all the bullfrogs in our pond!  Hooray! These invasive aliens are very aggressive and eat all the native frogs as well as anything else they can catch.  At one point, there may have been as many as 5,000 frogs in the pond!  Now that they are gone, we are again hopeful we can reintroduce the native leopard frogs and help get them re-established in their former range.