Whenever Karen was in Dallas this year, she was working.  The projects have been interesting and the work is with clients and colleagues she enjoys.  A few highlights: 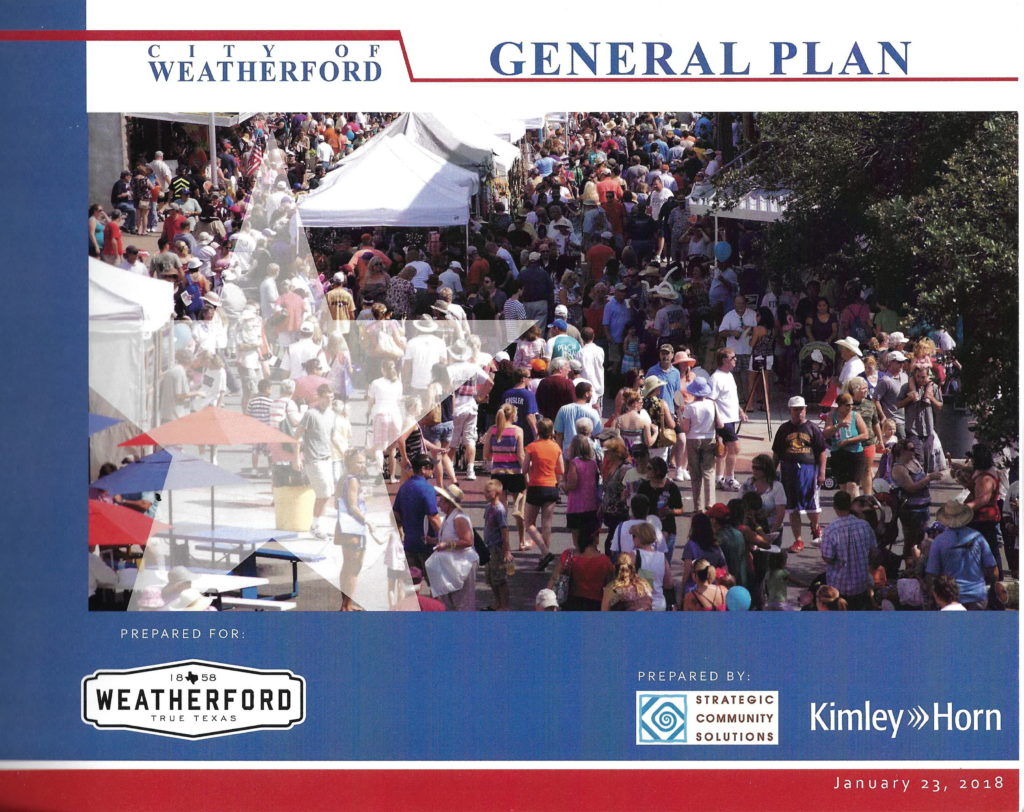 Several multi-year planning projects were completed this year.  In January, the City of Weatherford TX adopted its new Weatherford General Plan.  The plan combines efforts to preserve the city’s historic Western heritage with action to manage growth due to its location in the Dallas – Fort Worth Metroplex.  In May, the City of Fort Worth adopted a new Stormwater Management Program Master Plan to protect people and property from flooding. 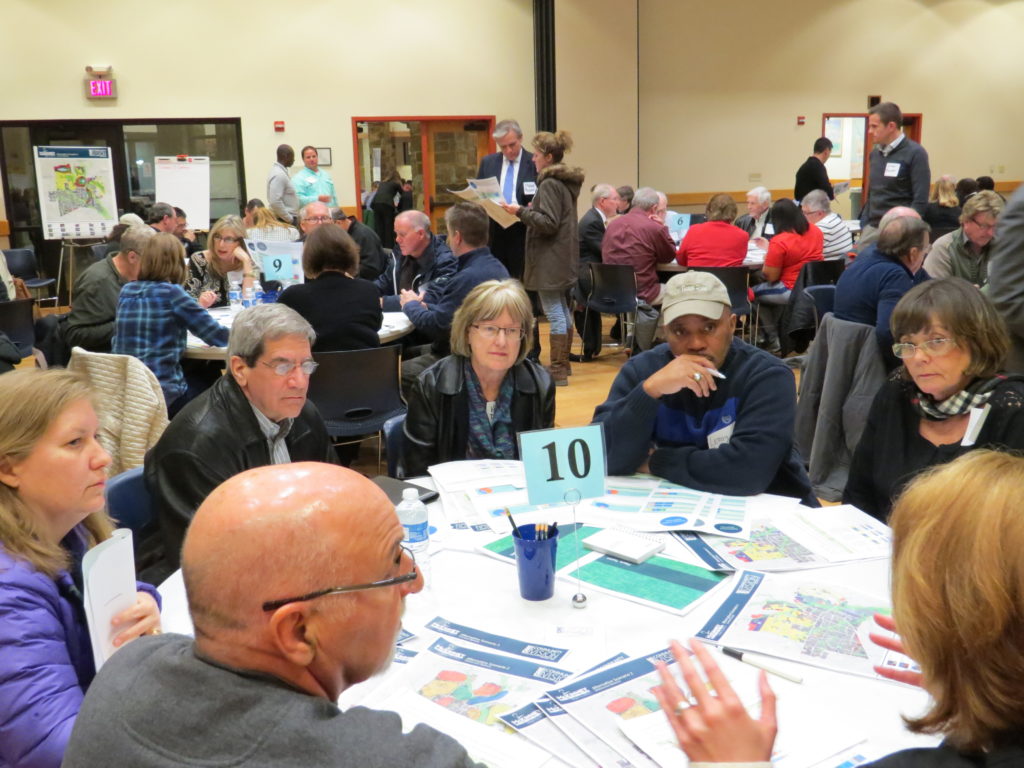 One of the Community Workshops during creation of McKinney’s plan.

Two plans were adopted by the City of Lewisville in July.  The Old Town North and Southwest Lewisville Area Plans continue the implementation of the city’ Lewisville 2025 plan.  In October, the City of McKinney adopted its ONE McKinney 2040 Comprehensive Plan.  Begun in 2015, this plan had a long delay while the community waited to see what the state highway engineers (at TXDOT) were going to do on a controversial freeway expansion.  Finally, the city decided to quit waiting on TXDOT and resumed design of a plan for the future the community wanted.  McKinney is frequently recognized as one of the best places to live in the US, so it was great to help them map out a future that retains this desirability.

One of the Lewisville projects for this year.

The two area plans were only part of the Strategic Community Solutions’ involvement with the City of Lewisville this year.  Karen led their annual City Council retreat, focused on revitalization and adaptive reuse.  She has continued to work with the staff and other partners to move the Green Centerpiece forward.  And late in the year, our team began the process to update the City’s zoning and development regulations. 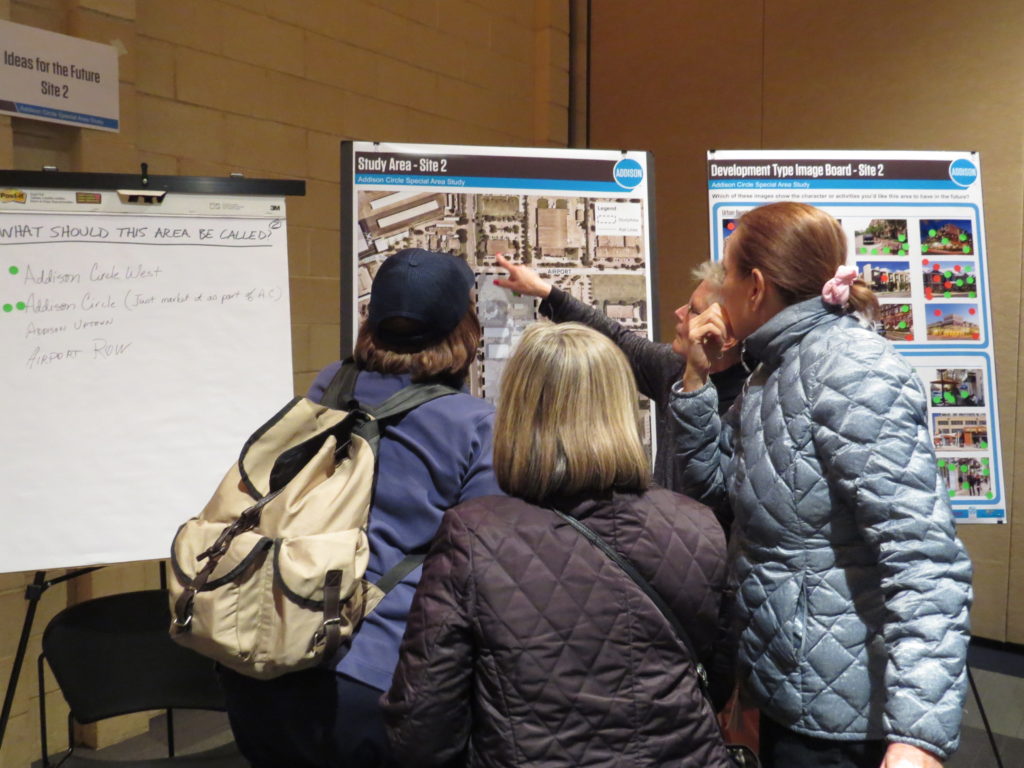 Generating ideas for the future of Addison’s transit station.

Other projects also added some interesting variety this year, and are still continuing into 2019.  SCS is part of the teams assisting:

Strategic Community Solutions teams with other firms on many of these projects, so Karen has enjoyed working with colleagues from Kimley-Horn, Inc. (on Weatherford, McKinney, Addison and some Lewisville projects), Halff Associates (on Fort Worth storm water) and Enercon (on the Fort Worth environmental plan).

Planning conferences are always a good time to learn about interesting projects and to connect with long-term friends.  This year’s national American Planning Association (APA) conference was in New Orleans, always a fun city to visit.  Among the many friends there, it was particularly good to catch up with George Atta, since health issues had kept him from attending the conference in 2017. 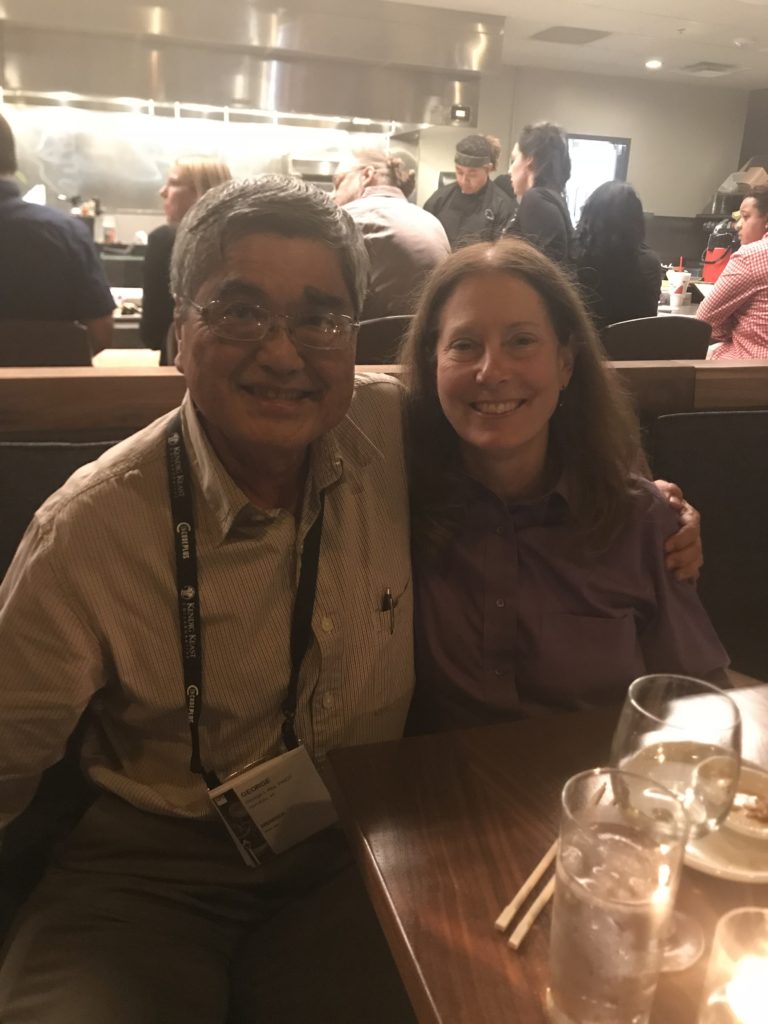 George and I had delicious sushi in New Orleans!

Karen missed the fall APA conference due to the Argentina trip (see more below).  But she was very pleased that the Weatherford General Plan was recognized with a Chapter Comprehensive Plan award.