Paso Centurión is a place on the edge. It’s a small community on the Rio Jaguarão, the river forming the border between Uruguay and Brazil.  The nearest ‘big’ city is Melo, the capital of Cerro Largo ‘Department’ (equivalent to a state in the US), which has a population of about 50,000.  While there was a border crossing and customs office here in about 1907, now it’s a ruin and the river simply runs through forest and fields.  This is the border between two countries, two cultures and two languages, but it’s not at all obvious.

This ecology is a southerly extension of the Atlantic rainforest in Brazil just north of here.  Much of this forest has been lost to urban development and agriculture, and very little remains along the Brazilian coast.  There is still a fairly intact section close to the river here, so it could continue as a refuge for unique species and a potential site for ecotourism.  But like much of Uruguay and its neighbor Argentina, Cerro Largo Department is largely devoted to gauchos and their cattle ranches.  Over the 150+ years since colonization, ranching has set the land use priorities.  The edges of the ranches and the streams that separate individual pastures offer refuge for wildlife.  But these edges between land uses and ecosystems are often in flux.

Today, the area is on a new sort of edge – the edge of a more sustainable future.  Recognizing the unique natural features of the area and the species that live here, Uruguay has included it in the National System of Protected Areas (SNAP).  The process that’s underway – and the people who are leading it – suggest the potential for a future that benefits from both sides of these many edges.

I had the opportunity to learn more about this potential during a visit to Paso Centurión in November 2019, on a tour organized by Birding With Me, the company of Florencia Ocampo.  Florencia is a very passionate, professional and practical woman and it was great fun to travel with her!  In Paso Centurión, we stayed with her friends Laura Magallanes and Francisco Giúdice.  They are committed to making connections across all these edges.  Francisco is developing the management plan the area will need as part of SNAP.  Laura is leading ecotourism tours for birders and others in the area.  Together, they are hosting visitors from around the world in the little house they’ve built by hand using local and sustainable materials.  Even more importantly, they are both focused on becoming parts of this community. They are working with the ranchers and property owners to find common interests and to persuade them that protection of natural areas, and ecotourism, offer a valuable economic opportunity in addition to the business of raising and selling cattle.  Since they’ve chosen to live in Paso Centurión and become part of the community, they are viewed in a much different way than if they were government or private people coming out from time to time.

As a planner, I know how important it is to build common cause among people who start out thinking they don’t agree on anything.  A consensus built on discovered common values can be among the strongest foundations for sustainable long-term initiatives.  So it was very telling to me when Laura and Florencia took my husband and me birding in Paso Centurión’s natural areas.  We needed to visit the riparian areas along streams in the middle of ranches in order to search for some extremely rare and very localized bird species.  As you’d expect, Laura had gotten advance permission for us to be on the properties.  But when we got to one of the ranches, there was a lock on the gate.  Laura called the owners on her cell phone.  Within minutes, a lovely Uruguayan woman walked down from her house to the gate.  She had the key and opened the lock so we could go through.  It was great she was so quick to respond.  But the more meaningful part was that she stayed to chat with Laura about family, neighbors, nature, local issues and our trip!  She had clearly become persuaded about the value of ecotourism. But it was equally clear that the two of them had developed connections and relationships as neighbors and friends.

I know many planners who work for years in a particular city, or for an organization focused on a particular neighborhood or district.  They develop relationships with the other stakeholders there. When there’s a conflict to be resolved, or a new initiative to be championed, or a common crisis to fight, it’s those relationships that make it possible to reach out and forge an agreement on what to do or how to resolve a problem.  I know that’s the basis for success.  I look forward to seeing the future of Paso Centurión with the results that come from collaboration between Laura, Fernando and their rancher neighbors. 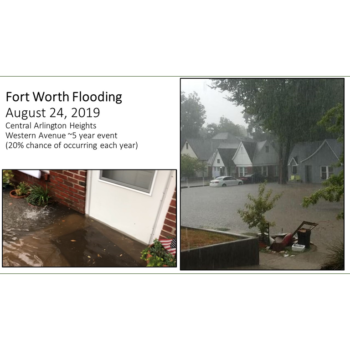 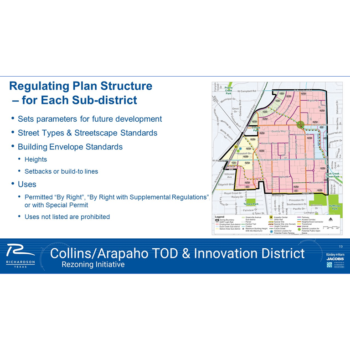